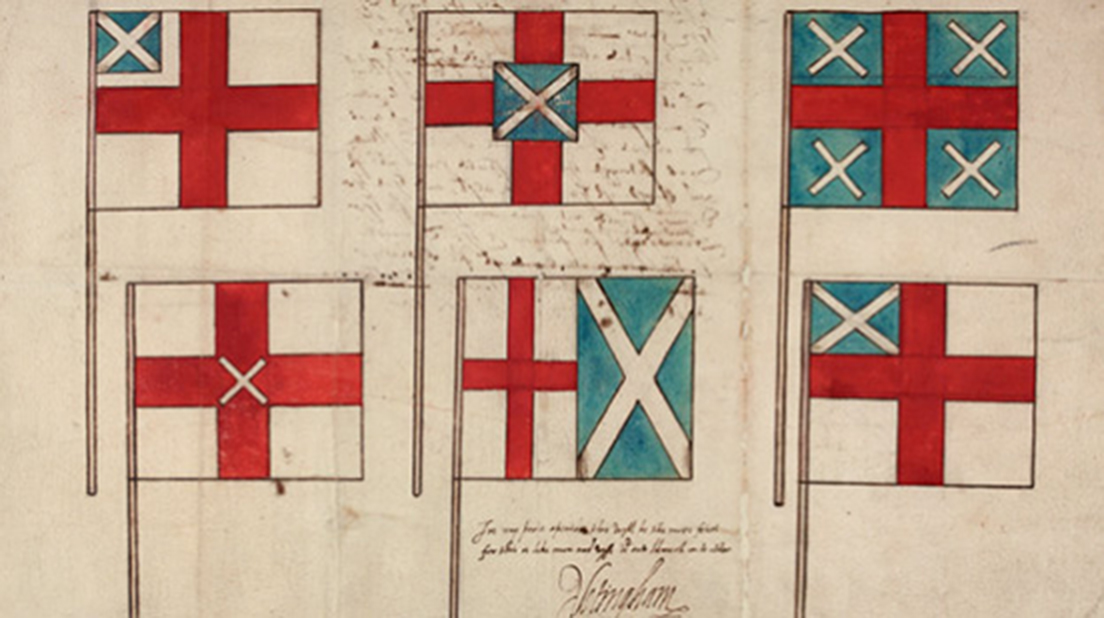 When James VI of Scotland became James I of England immediately after the death of Elizabeth I, one of his dearest wishes was a full political and legal union between England and Scotland. In 1606, he issued a royal decree for a new flag, used for maritime purposes, to represent the union between the […]Continue reading